What is an inflammation of the ear canal?

External otitis is an inflammation of the skin of the outer ear canal. This is different from the more common type of ear infection, otitis media, middle ear infection (read more below).

The ear and the ear canal have natural processes that keep them clean and enables them to stay healthy. The ear canal has a natural acidic environment that prevents infections. The continuous production of ear wax produces a protective coating that shields the skin.

If the ear’s natural acidic environment and the production of earwax are disturbed, the skin can become irritated and easily infected by bacteria and fungi. The body starts fighting off the bacteria and fungi and inflammation occurs in response.

The defense against the infection in the outer ear canal is mainly local tissue defense. An inflammation weakens the skin’s defenses and can cause flakes and fluid to be produced, which in turn can facilitate the multiplication of bacteria and fungi- starting a constant cycle of infections.

How common is external otitis?

Inflammation of the ear canal is one of the most common infections in healthcare today. About 1-3% of the population are diagnosed every year. About one in ten people suffer from it at some point in their lives. (Ref.8.)

How common ear infections are in a given population, depends among other things, on geography, climate and the average age. For example, a warm and humid climate causes more people to contract an infection. Almost half of cases occur during the summer months.

Both adults and children can suffer from external otitis, but it is more common amongst elderly and children. Children spend a lot of time playing or swimming in the water during the summer months. The Elderly suffer as a result of aging skin in combination with the frequent use of objects in the ear, such as hearing aids.

The main factors that contribute to external otitis include hot and humid climate conditions combined with frequent exposure to water. The causes can be split in individual and external factors.

The shape of the ear canal varies among individuals. Current underlying skin problems can also affect the ear.

The main external factor is water. The problem often arises with frequent exposure to water. External otitis is therefore often referred to as swimmer’s ear. Soap, shampoo and even hair spray can also affect the environment of the ear.

Poking inside the ears and the presence of foreign bodies are also considered common triggers. Excessive cleaning of the ear canal with cotton buds can cause micro-damages of the delicate skin of the ear canal, making it easier for bacteria and fungi to grow.

Wearing headphones, hearing aids, earplugs and earbuds that block the ear canal, leads to a closed, humid environment favourable to bacteria and fungi. In addition, many hearing aids, headphones, etc. are not always clean encouraging bacterial and fungal growth.

Why are the ears itchy? Why does it hurt?

An inflammation irritates the nerve endings, which leads to itching and pain making the nerve endings more sensitive. An itchy ear makes you want to scratch or probe it which unfortunately further breaks down the skin’s defense, leading to a cycle of itching and scratching.

Redness, irritation, itching, soreness, pain, heat and scaly skin which may peel off in and around the ear canal are among the most common symptoms. The infection can cause swelling and a discharge of liquid or pus from the ear with possible hearing loss as a result. If severe pain or prolonged and recurring symptoms are experienced then a doctor should be consulted.

How to break the vicious circle

Problems often begin with the influence of, for example, water or skin problems that cause the skin to be disturbed or damaged, which starts an inflammation and in turn causes it to itch. Then poking in the ear only makes the problem worse and makes it easier for bacteria and fungi to grow. Then the inflammation increases again. This becomes a vicious circle – the itching increases and turns into pain and increasing inflammation and again increasing discomfort.

What is the difference between otitis externa and otitis media?

Ear canal inflammation (external otitis) is a condition that causes inflammation of the external ear canal which is the tube between the outer ear and the eardrum. It is often influenced by factors such as water, poking or object into the ear. The symptoms such as soreness, itching, irritation or discomfort occur directly in or around the ear canal.

Middle ear infection (Media otitis), on the other hand, occurs in the middle ear, behind the eardrum. Often in connection with colds, infection and fever. Otitis media is usually caused by bacteria that migrate into the middle ear through the Eustachian tube. The pain or soreness of this inflammation is felt more diffusely around the ear.

Middle ear infections concern many of us as they are very common, particularly in children and often concurrently with colds. Children’s ears and therefore their Eustachian tubes are not fully developed which means that bacteria within the ear-nose-throat area find their way into the middle ear more easily making them susceptible to infections. 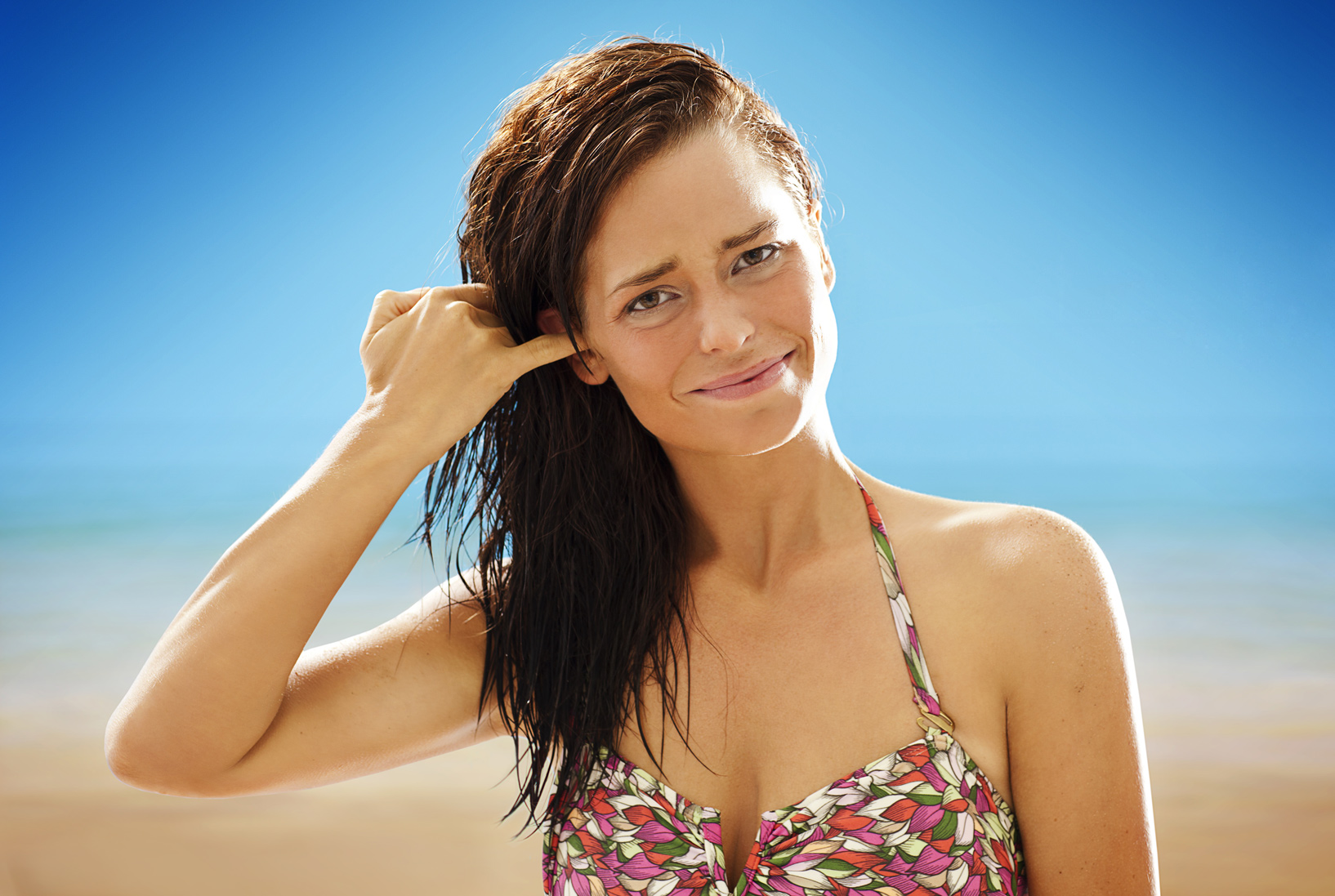 How common is ear canal inflammation?

Otinova® can be purchased at pharmacies, specialty resellers and online (varies between countries).